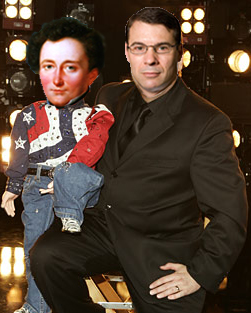 Despite the continued efforts of critics such as John Keegan and Martin Van Creveld, it is safe to say that Clausewitz’s legacy has enjoyed such a dramatic rehabilitation that people now [once again] feign adherence to his teachings when advocating a particular policy or strategy, even if they have to put words in his mouth – or silence inconvenient ones – to make their arguments work. For example, in chapter 2 of John Nagl’s Learning to Eat Soup with a Knife, the author discusses the theoretical underpinnings of counterinsurgency doctrine, and argues that Clausewitz has much to say about insurgency and irregular warfare, but that the principle of destruction has corrupted our understanding of revolutionary war. Comparing the lasting influences of both Clausewitz and Jomini on this point, he writes:

Jomini is important because of his prescription of the annihilation of the opponent’s force as the best route to victory, a sentiment often and mistakenly attributed to Clausewitz. The Prussian was actually much too subtle to say that anything was always the best route to victory – except the accomplishment of the political objectives for which the war was being fought. That Jomini’s most famous prescription is misattributed to Clausewitz, who disliked Jomini personally and thought his ideas rubbish, is more than ironic; as John Shy says in Makers of Modern Strategy, “If there can be such a thing as a joke in military history, surely this is it.” (18)

First of all, Nagl not only misquotes Shy, but uses the quote completely out of context. The “joke” that Shy refers to is not the misattribution of the principle of destruction, but rather the common assumption that the Prussian General Staff had adopted Clausewitz as their master text in the years before World War I. The actual Shy quote is as follows:

If there can be such a thing as a joke in military history, surely a small one is the belief that with the posthumous publication of Clausewitz in the 1830s, On War became the bible of the Prussian army, the source of their great victories of 1866 and 1870, and soon thereafter the chief military theory of the Western world. The truth is that most German students of war found Clausewitz no less difficult, obscure, and of doubtless utility than did non-Germans, most of whom read Clausewitz in poor translations. (177)

Apparently, Nagl was hoping that nobody else had read Makers of Modern Strategy when he wrote that line.

Second, Nagl neglects to mention that Jomini himself acknowledged that his ideas had limited value in some circumstances. As John Shy points out in the same article that only Nagl has read:

Jomini admitted one great exception to the fundamental principle of massed, offensive action against a single point. The exception he various called civil, religious, or national war, or wars of opinion. These were armed struggles not with regular armies on both sides, but wars in which an entire people was aroused and active. (170)

Third and most important, Nagl’s interpretation of Clausewitz is possible only if one has not actually read On War, or if one chooses to ignore one of the most prominent themes within it. I make no pretense of being a master scholar of Clausewitz, but the need to disarm the enemy as a prerequisite to victory permeates his writings. Some examples…

The worst of all conditions in which a belligerent can find himself is to be utterly defenseless. Consequently, if you are to force the enemy, by making war on him, to do your bidding, you must either make him literally defenseless or at least put him in a position that makes this danger probable.

Since…it is the fighting forces that assure the safety of the country, the natural sequence would be to destroy them first, and then subdue the country. Having achieved these two goals and exploiting our own position of strength, we can bring the enemy to the peace table.

A nuanced examination of the point in chapter 3 of Book IV:

How are we to prove that usually, and in all the most important cases, the destruction of the enemy’s forces must be the objective? How are we to counter the highly sophisticated theory that supposes it possible for a particularly ingenious method of inflicting minor direct damage on the enemy’s forces to lead to major indirect destruction; or that claims to produce, by means of limited but skillfully applied blows, such paralysis of the enemy’s forces and control of his will-power as to constitute a significant shortcut to victory? Admittedly, an engagement at one point may be worth more than at another. Admittedly, there is a skillful ordering of priority of engagements in strategy; indeed that is what strategy is all about, and we do not wish to deny it. We do claim, however, that direct annihilation of the enemy’s forces must always be the dominant consideration. We simply want to establish this dominance of the destructive principle.

The explicit wording (in helpful list format!) in chapter 11 of Book IV:

1.Destruction of the enemy forces is the overriding principle of war, and, so war as positive action is concerned, the principal way to achieve our object.
2.Such destruction of forces can usually be accomplished only by fighting.
3.Only major engagements involving all forces lead to major success.

While the principle of destruction is a very prominent theme for Clausewitz, he does not elevate it to the level of dogma. He is merely arguing that it is usually the most assured – and thus usually the best – way to reach the political object.

Interestingly, Nagl implicitly contradicts himself in his next paragraph, writing that

…certainly by the end of his life Clausewitz had developed a much more nuanced view of warfare than always prescribing the destruction of the enemy forces.

Clausewitz always was nuanced, long before the end of his life, but this nuance does not tear down the legitimacy of the principle of destruction as he articulates it. Exploring the theory of counterinsurgency is a perfectly legitimate enterprise, but the COINdinistas should look elsewhere than Clausewitz for a patron saint.

One thought on “Ventriloquizing Clausewitz”

"NerveAgent" holds an MS in Defense and Strategic Studies. He served in the U.S. Army and deployed to Afghanistan. He has worked as a private security contractor, and is currently employed as a Federal law enforcement officer.

"I believe that the following would be the true way to paradise - learn the way to hell in order to flee from it." -- Niccolo Machiavelli

I to my perils
Of cheat and charmer
Came clad in armour
By stars benign.
Hope lies to mortals
And most believe her,
But man's deceiver
Was never mine.

The thoughts of others
Were light and fleeting,
Of lovers' meeting
Or luck or fame.
Mine were of trouble,
And mine were steady;
So I was ready
When trouble came.

The Empire Has No Brains